2018 has been a strange year. Brexit, Teresa May and Trump have stolen most of the headlines. England did adequately in the footy. That actress from Fringe got married to someone or other. Basically, the earth orbited the sun.

As for events in Sputnik-ville, it’s been an exciting year, but one with its ups and downs too. I thought I’d do something of a review and run you through 10 highlights and 1 low light just before we move seamlessly into 2019. (And just so you know, I’m not even going to include the work we actually funded this year- that will be another post).

So what were the highlights? Well, in no particular order... 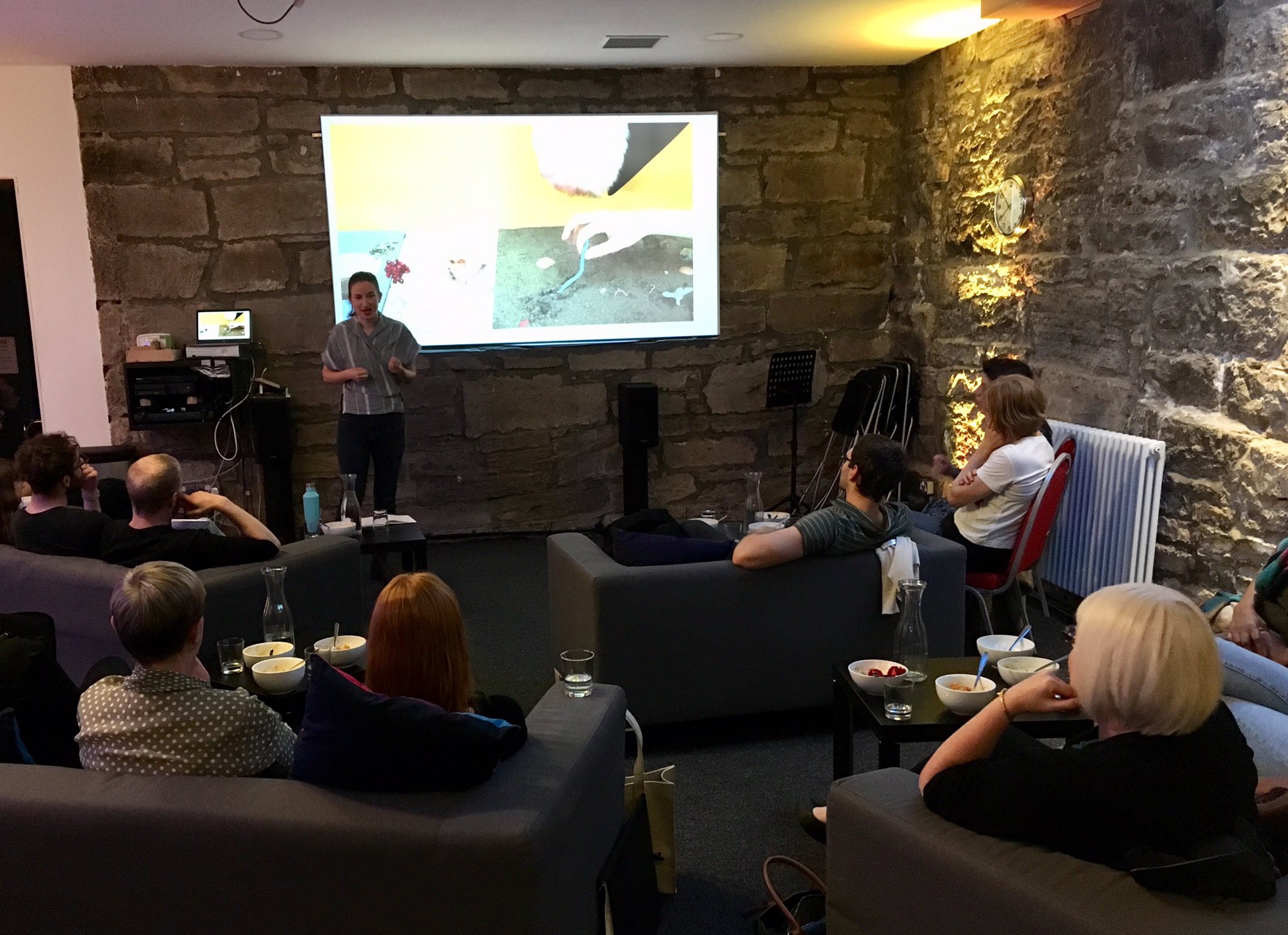 1. We started a new Sputnik Hub in Edinburgh

2018 has featured all sorts of Edinburgh related goodness for me. Let’s see, there was a Faith & Arts Day, a Hub launch, another stunning Christmas video, new friends and the first time I’ve ever got to meet a Christian surrealist (the brilliant Stephanie Mann). There’s too many cool Edinburgh related moments (or people) to do justice to here, but don’t worry, it’s not the last you’ll hear of those guys. 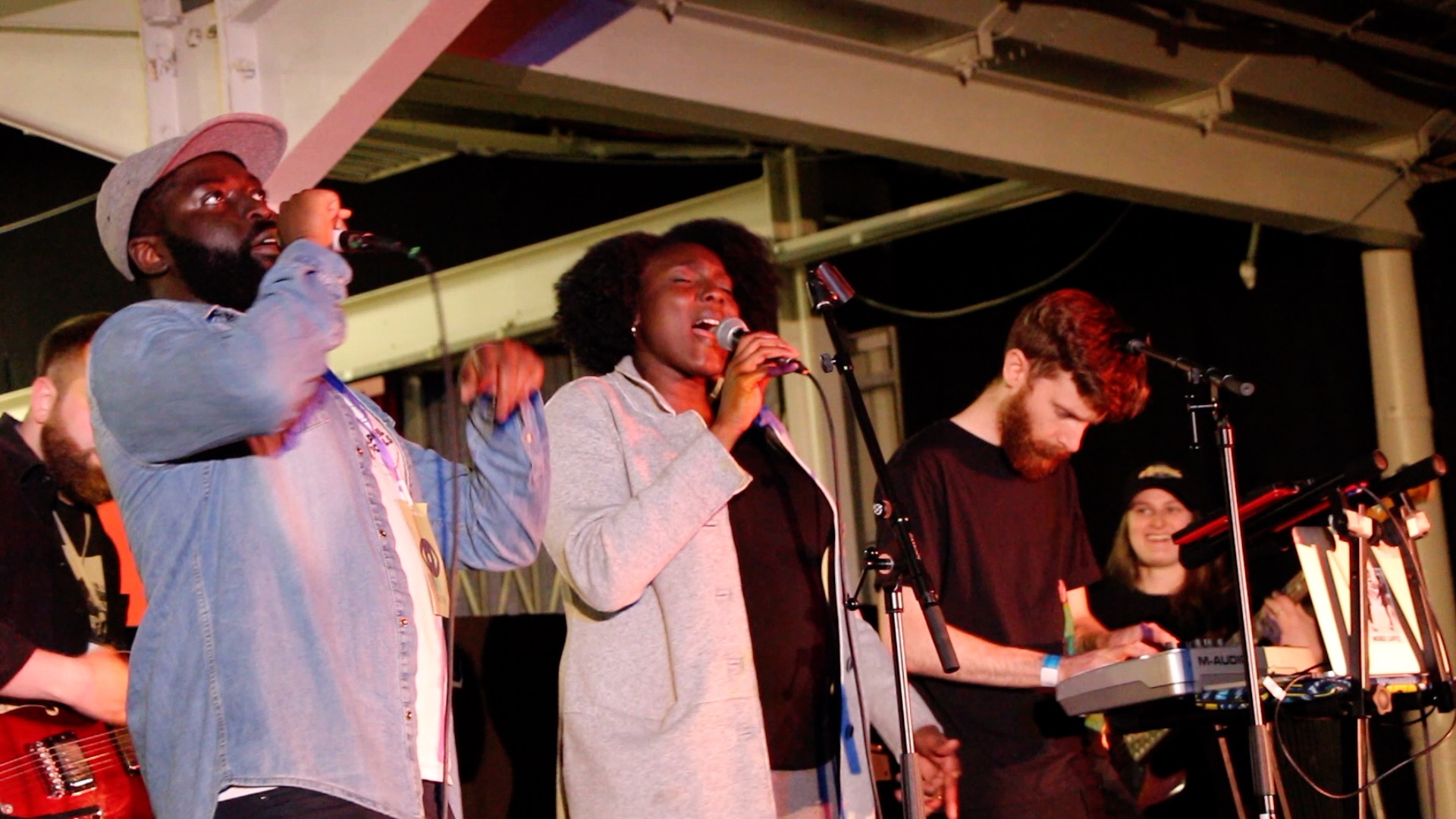 2. Mr Ekow and Strange Ghost showed the Catalyst Festival how it should be done

Catalyst Festival 2018 was such a highlight that it appears three times in this list. The first is Strange Ghost and Mr Ekow’s after hours show on the opening night of the festival. I was delighted when Mr Ekow and Strange Ghost said they’d both play at the festival. My excitement grew exponentially when I heard that Mr Ekow’s set would be a collaborative effort. The end result was the best gig I’ve been to this year, raising the bar to us all regarding tightness, skill and how to completely captivate an audience.

I had some other reflections off the back of the gig, too. 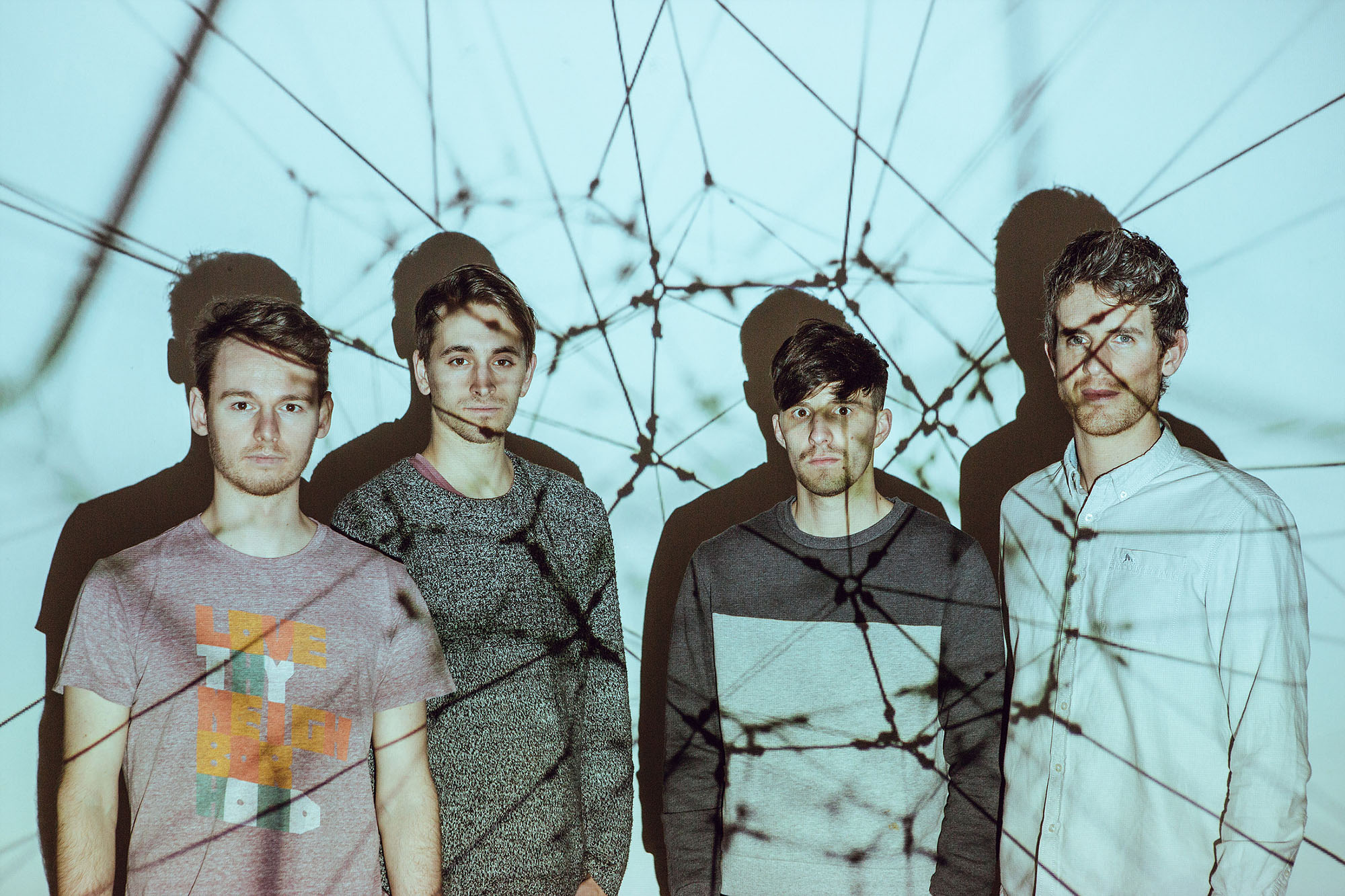 3. Tongues became one of my favourite bands

When I first visited my friend Luke Davydaitis in Edinburgh, he mentioned a guy he knew from Glasgow who was part of a band called Tongues. Their 2015 single Religion instantly caught my ear, building from an old school electro sound to an emotive synth rock crescendo, all underneath Tim Kwant’s arresting falsetto. My word! However, it was this year’s Fight EP that has really won me over. Not Like The Real Thing is my favourite track of the year, bar none. And we got to feature it on our 2018 Sputnik compilation album (if you’ve not heard it, it’s another great reason to become a Sputnik patron).

Tongues. were our Artist of the Week in October, too. 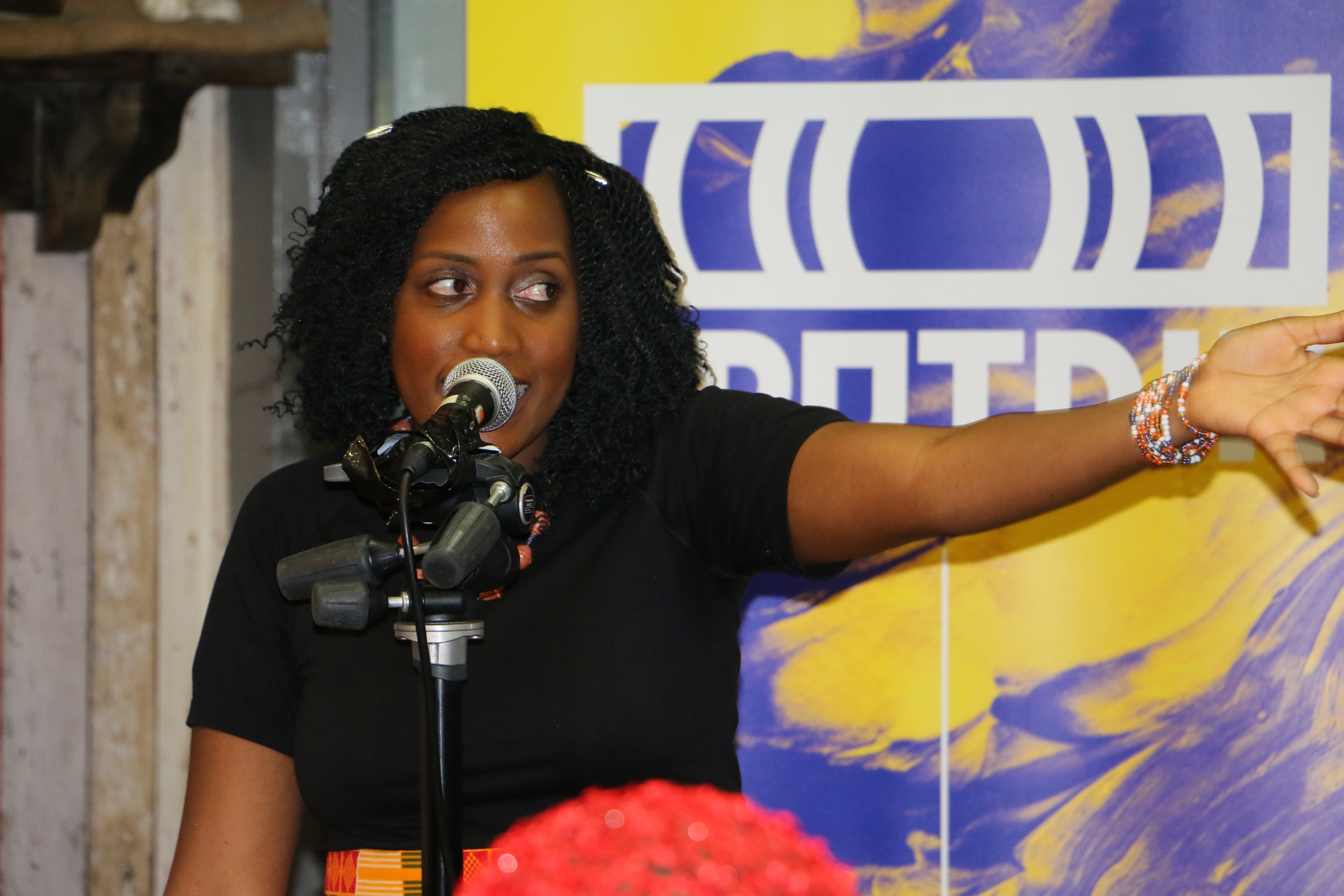 4. Tanya C topped off our first internship year with a stunning performance at her book launch

If we’d imagined the perfect person to become our first Sputnik intern, I think we’d have imagined someone very much like Tanya Chitunhu. She was patient, hard working and willing to try out new things. And, of course, she’s got the skills that pay the bills. She crowned off the internship with an outstanding performance at her book launch in July, and since then has gone on from strength to strength. She’s even been made into a hologram in one of her recent collaborative projects (Tanya tells me it’s not like Princess Leia at the beginning of Star Wars, but I don’t believe her)

Read Tanya’s reflections on her year as our intern, here.

When Ally agreed to exhibit at the Catalyst festival, I knew that the exhibition would be fantastic but, I must admit, I was slightly concerned how it would go down generally. I mean, most of the festival goers had come to hear Heidi Baker, not to muse over a collection of exquisitely painted illusions, referencing Umberto Eco and exploring how images shape our perceptions of reality! However, a combination of Ally’s excellent body of work, his incredible skill of articulation and his gentle and gracious manner won over pretty much everyone. 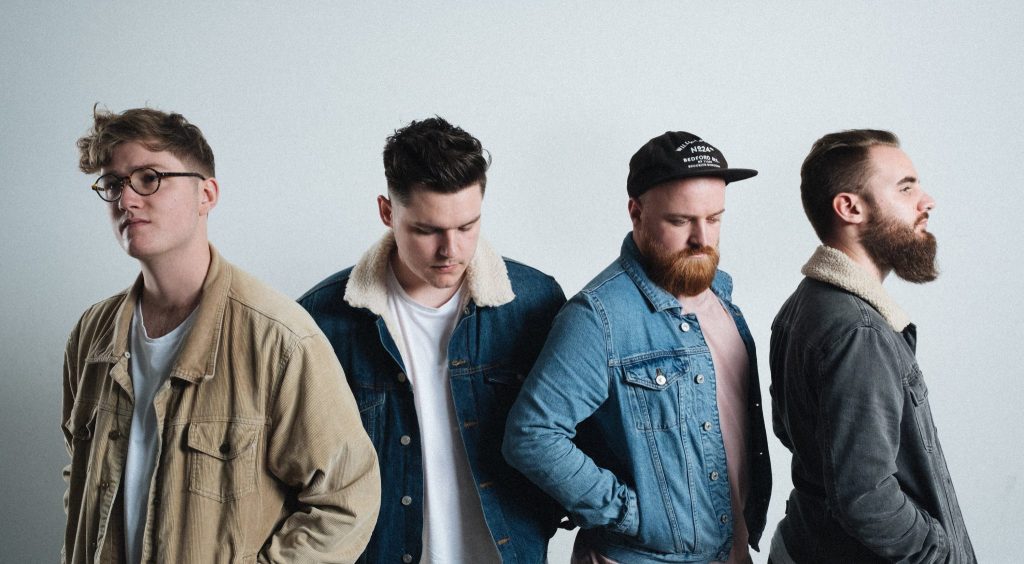 6. Dutchkid got to number 1 in Lebanon…

And into the South African top 40. And racked up over a million streams. And sold out their debut show. Not bad for your first release! If you’ve not heard it yet, Empires is 5 tracks of pristine synth pop that has managed to constantly slap a smile on my face all through the year. Seriously good work guys!

Dutchkid were also our Artist of the Week back in September.

7. Mantis kept getting better and better

I’ve always held Mantis’ skills on the mic in high regard. He’s been responsible for some absolute bangers (Assassins and Bodyguards, Drunken Mantis, Mind of the Master – I could go on!) but even the best MCs have to slow down sooner or later. At least that’s what I thought. In the last couple of months, Mantis has dropped two videos, and they feature two of his best tracks yet. The new album is out early 2019, and if RIP and Steelwire Technique are anything to go by, it will bring in the new year with style. 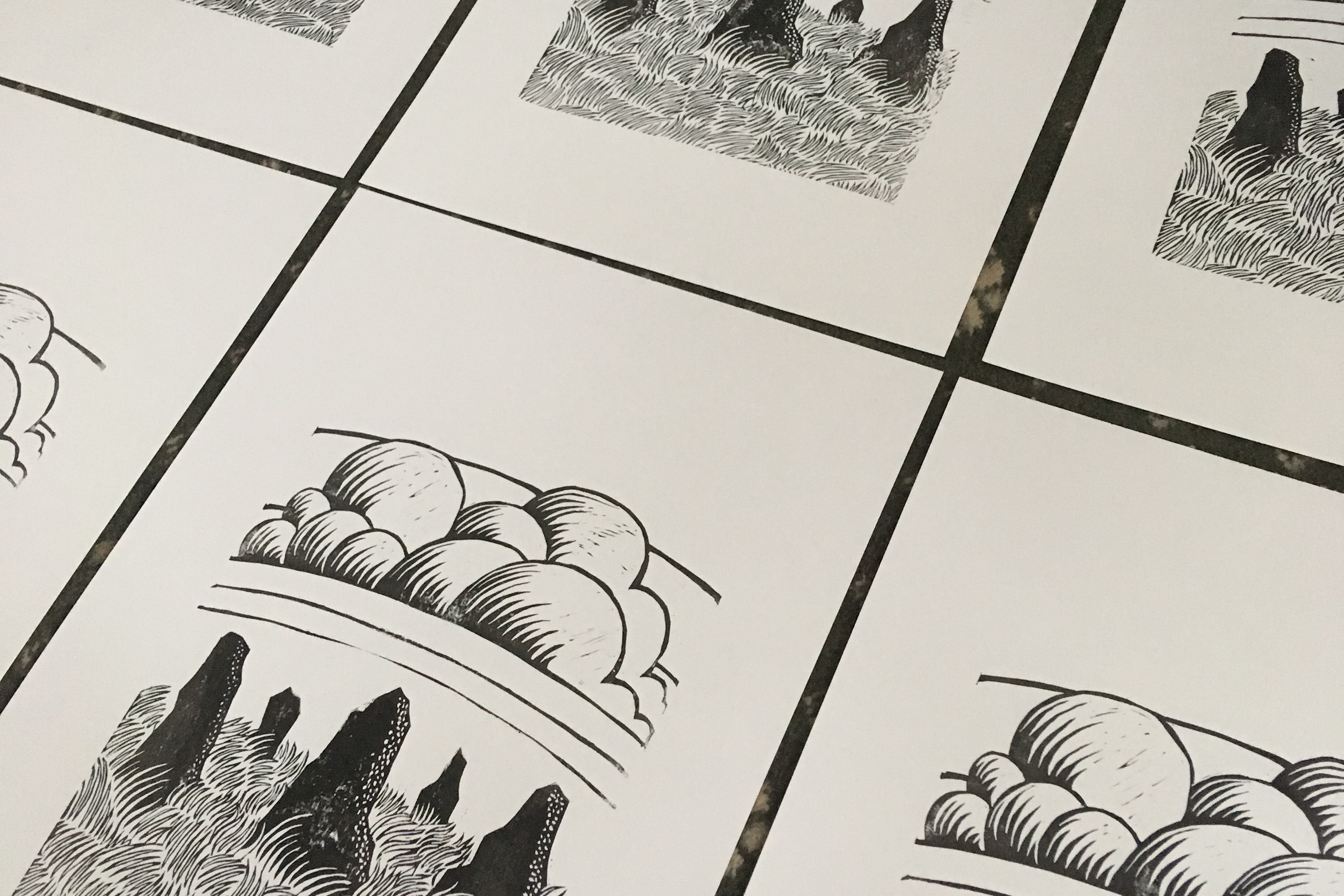 It is always a pleasure to meet people who simply love to create and patiently and quietly apply themselves to learning their craft simply for the joy of it. Luke is one of those people. Baker and trainee museum curator by day, 2018 saw his photographic skills and burgeoning expertise in lino printing come into their own. My favourite work of his were the prints that featured in Huw Evans’ poetry collection, Minor Monuments, but perhaps my fondest memory of the year was his print of Aston Villa cult hero, Juan Pablo Angel, that Villa’s official Instagram picked up. Juan Pablo’s response? An understated ‘I like it, pal!’ 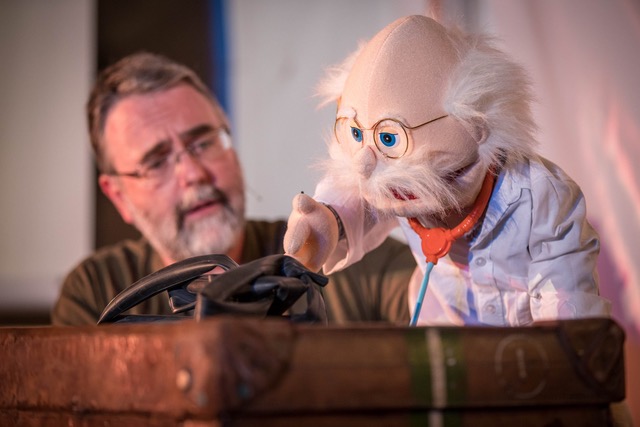 My good friend Huw was diagnosed with cancer in 2017 and no amount of creative productivity is going to make that all right. However, it has been truly amazing to see his response to this diagnosis. He has gone into artistic overdrive, finishing off a few novels, some books of children’s verse, and publishing a poetry collection. As if that wasn’t enough, he also put together a one man show, which he debuted at the Catalyst Festival. Not Long Now encapsulates his response to his terminal diagnosis in a moving, profound and often very funny memento mori.

See my other reflections on Catalyst Festival, here. 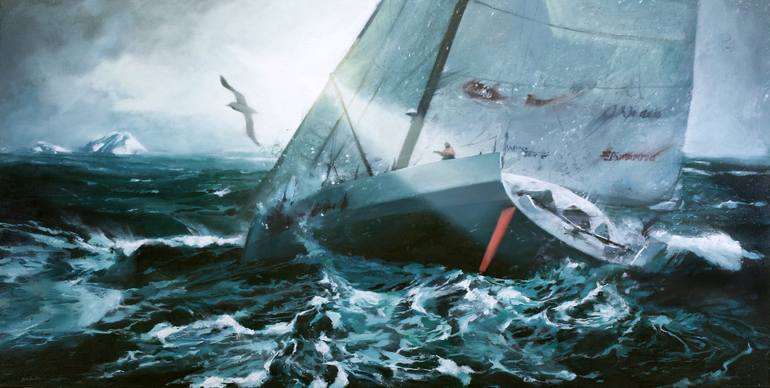 10. Duncan Stewart encouraged us to greater dependency on Jesus

I’ve known Duncan for some time and admired his work, but I hadn’t met him until last January when I hosted an artist talk he was doing at Woodside Church, Bedford. I was so encouraged just by his friendliness, enthusiasm and overflowing love for Jesus, but his presentation was a particular eye opener. He vulnerably presented the insecurity of the artist’s life, not as a drawback of the trade but as a blessing, as it leads us to a greater dependency on Jesus. Amazing art. Amazing insights. Definitely one of my favourite evenings of the year.

Read more on that here.

And all of that in one year. Not bad. Not bad at all!

…and the year’s low point

However, balanced against these highlights, it is important to also mention the definite low point of the year. In May, my good friend and one of the founders of Sputnik, Jane Rosier, passed away. It wasn’t a surprise as she’d been ill for some time, but it didn’t make it any easier. Jane was an inspiration, an encouragement and a joy to know.

Jane knew acclaim in life as a ballerina and painter, but at the end of her funeral, the mourners joined together in applause, not just of her talents, but of her whole life. It was a life lived faithfully following Jesus and bringing happiness into the lives of those she met, and amidst the sadness, it was truly humbling to reflect upon her life. A life well lived. 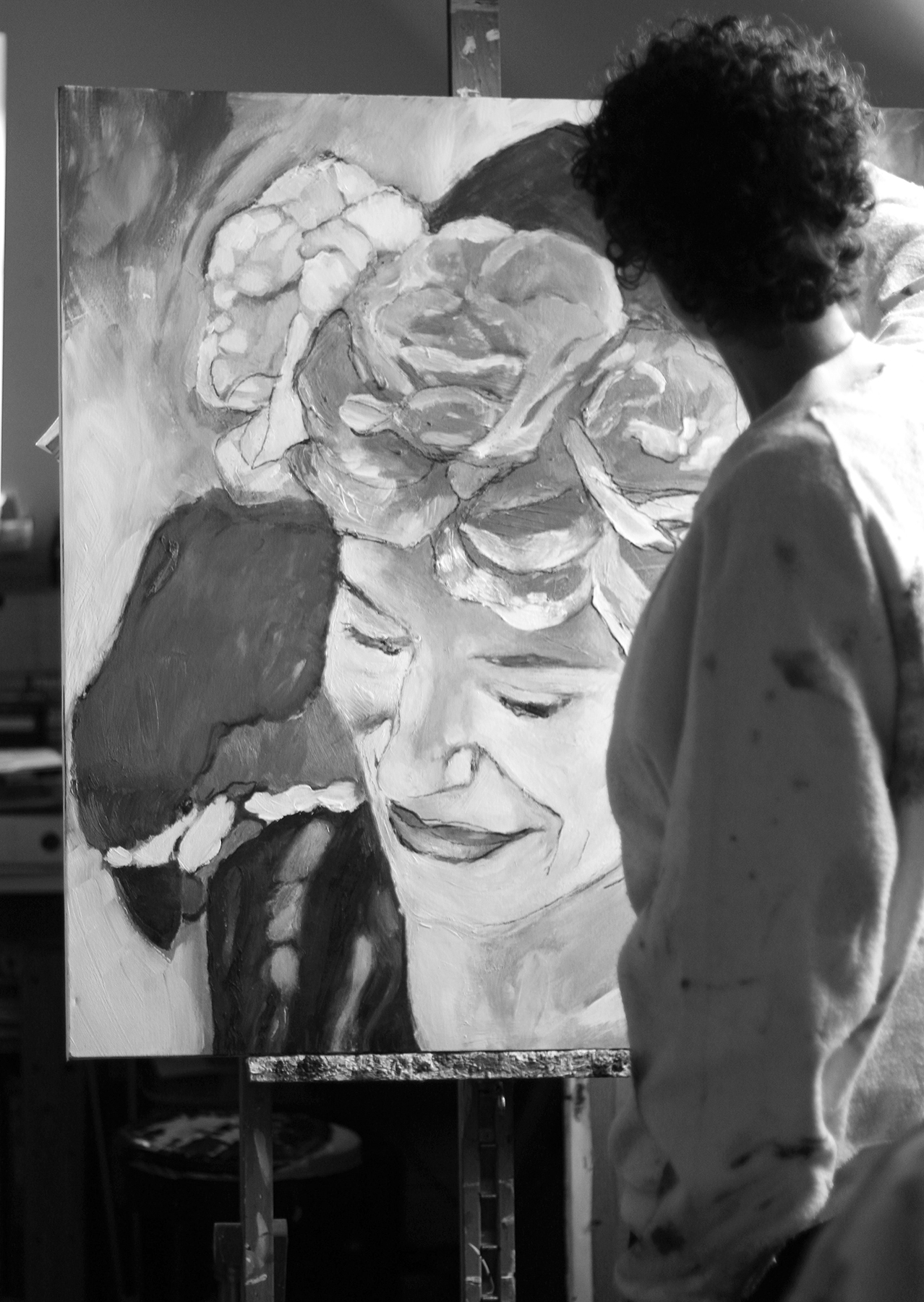 I guess we can be guaranteed that 2019 will have its own unique highs and lows. The main thing that I like to pray for is that, through the ups and downs, we’ll know God with us in the things we are doing. In all my work with Sputnik this year, I’ve definitely known his presence and favour and I’m trusting God for that to continue in 2019.

I hope you experience the same.

We've been busy behind the scenes this past year, helping to bring all manner of brilliant creative projects to life. Here's a taster of the fantastic work that we're honoured to be part of.

A round-up of highlights and surprises from a year of Sputnik life.

Catching up with Sputnik favourite Mike Lawetto and his latest projects

‘This is the way, walk in it’ conversations from the Edinburgh Hub

With a top prize of £10k and an audience of thousands, Chaiya is the UK's biggest art award to be exploring spirituality through the visual arts.

Looking for events near you?

If you'd like to be part of starting a new Hub in your area, you can register your interest below.

Join our mailing list and we'll keep you up-to-date with Sputnik/Hub activity, so you've got the best chance of connecting with others.

We send out emails about once a month, and we'll never use your data for any other purpose.