Art and the Church: A Third Way

Some more wisdom from Ally Gordon.

Sputnik has always been heavily involved in the Catalyst Festival, the biennial gathering of the Catalyst Family of churches in the UK. Catalyst Festival 2018 kicks off on Saturday and one of the things I’m most looking forward to is spending time with Alastair Gordon, who will be the resident artist at the festival.

As a taster of what Ally will bring at the festival, I want to share a passage from his book  ‘God Art’. How about this for a succinct and incisive perspective on the church’s relationship to the arts?

‘Now I sense something of a need to encourage Christians of my generation to be part of the art world. Often people from overbearing church communities tend to avoid the arts and form instead a religious cultural bubble, where art is made by Christians only to be bought or viewed by other Christians. This is not being salt and light in the world.

A second danger is to embrace the culture and values of the art world as a chameleon adapts to accommodate its surroundings. Just as I have seen Christians avoid the art world I have also seen others become consumed by it and in time rejecting their core beliefs and identity.

A third way is to enter into a conversation with the art world, as part of it. This may involve starting as a guest of the art world and learning how to behave, avoiding the ‘them and us’ mentality that often permeates Church teaching about Christians and the world.’

God Art is available from Amazon, and will also be on sale at the festival. But if you’d like to hear Ally unpack these ideas more, as well as experience some of his work first hand, and you’re not booked in, you’d better get your skates on. 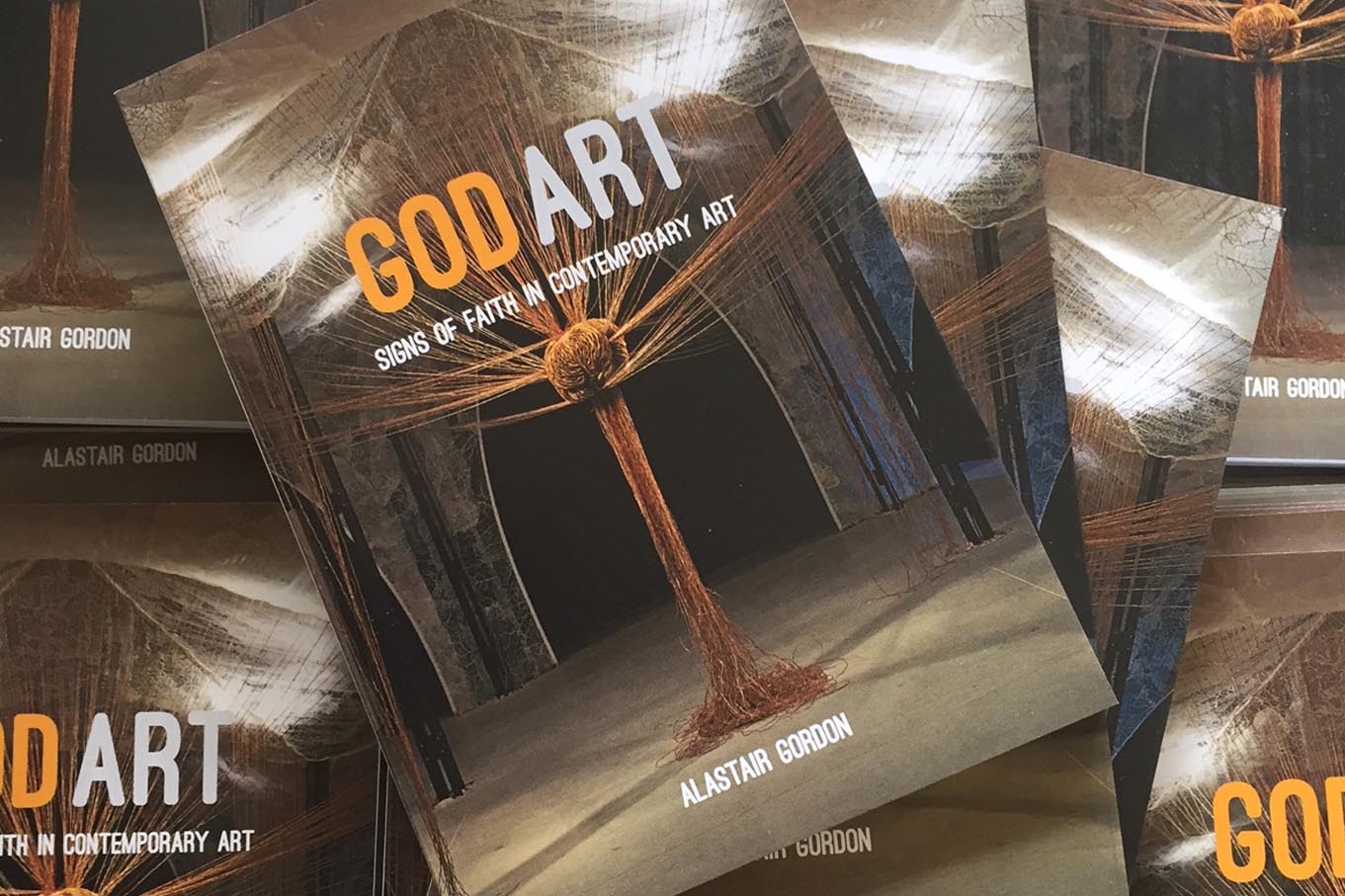 Conflict, Compassion and Comedy at the Chaiya Art Awards Exhibition

Some thoughts from the inaugural Chaiya Arts Award exhibition, in London

Over forty artists explore the question 'Where is God in our 21st Century World?'

The Financial Insecurity of Artists Debunks the Myth of Self-Sufficiency

Financial insecurity is a challenge for many artists, but it can also be a blessing, according to fine artist Duncan Stewart.

South African painter and sculptor Duncan Stewart is in England. Come and see his work and even hear from the man himself.

See The Liturgists’ series of visual meditations on the Joyous Mysteries