Tis the season to be jolly.

Christmas is a consistent source of inspiration for Christian artists. For different reasons and in different ways, every year the festive season ignites all sorts of creative ideas and projects.

Christmas is just about the only time of the year when people are naturally thinking about Christian stuff, and so for those of us looking to explicitly communicate the gospel message through our art, it’s an easy win. Hopefully our churches will be particularly keen on this and will have all sorts of services and projects up their sleeves to rope us into, and despite the occasional micro-managed carol service drama, these can often be genuine opportunities to show our skills in a way that is useful and appreciated.

However, even without these more utilitarian features of the season, for those of us who love making art and love Jesus, there is so much fuel for creative energy in the Christmas story, that many of us don’t need much of a push when it comes to producing art this time of year.

2017 has been no exception to this general rule. St Pauls Auckland and Kings Church Edinburgh have both modelled how to foster creative collaboration in their Christmas videos, while Chris Donald has toiled painstakingly for months to completely rework 4 carols. I’m sure you’d know many other examples of creative work inspired by the incarnation of the Lord Jesus this Christmas. 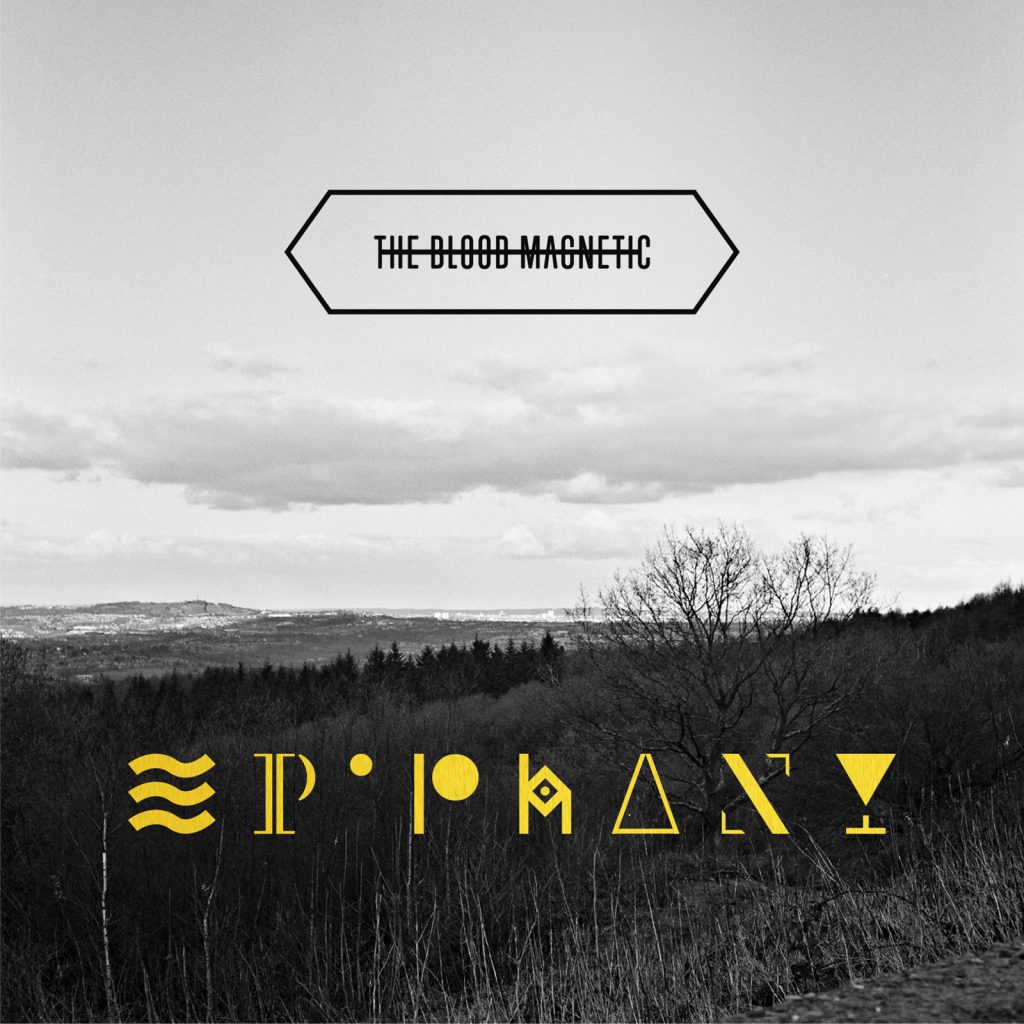 Taking the Christ out of Christmas?

But what about the jokers who don’t want to stick to the script? What about Mike Lawetto who could have composed a catchy anthem about wise men seeking truth, but instead chose to release a song all about food? What about Mr Ekow who could have spat some killer bars about angelic visitations, but instead composed a tale about being taken hostage by one of Santa’s little helpers? And what about Orphan No More’s Dani Miché? Surely she could have seduced our eardrums with something about hope, love and peace, rather than dwelling on the frivolous pleasures of snowball fights and Christmas lights? 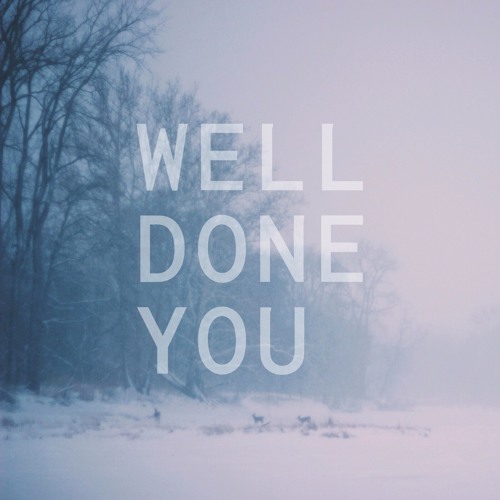 I must confess to being caught up in this madness myself on a number of occasions. I used to conspire creatively with a Brum record label called Zang Productions. Rob Blakeney was the head honcho, and he was Christmas-crazy. He loved (and still loves) everything about it. Not just the Christian stuff, but everything. The food, jumpers, music, weather, movies, presents. The whole shebang. So contagious was his festive fever that he was even able to infect the notoriously un-silly David Benjamin Blower and Joel Wilson (see exhibits A and B).

In 2009, Rob led the Zang Productions Ensemble into a failed attempt for a Christmas Number 1, with ‘Christmas Time is Here Again’. I remember playing it to a number of Christian friends who barely concealed their contempt. What a missed opportunity, they probably thought. Indeed, from the opening ‘I can hear the jingle bells dancing in the distance’ to the milk dripping off Rob’s fulsome moustache at the end of the video, there is not one mention of the baby in the manger. 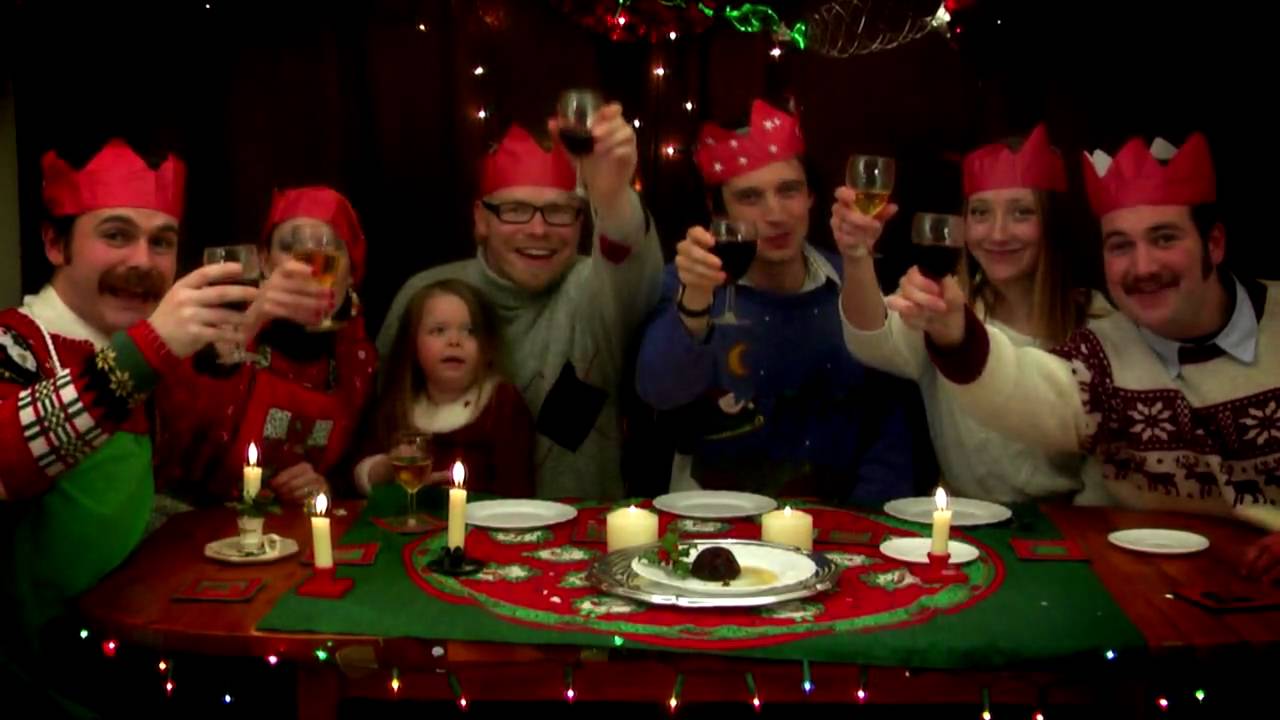 However, I’m in no hurry to repent of the hours spent on these projects. In fact, I’d like to put forward the Mike Lawettos and Rob Blakeneys of this world as an example to follow. To call them a prophetic voice may sound a bit grand but I think there is something deeply profound in their Christmas silliness.

Christmas is about joy. Joy is about enjoyment.

The angel announced to the shepherds on that first Christmas ‘I bring you good news of great joy’ (Luke 2:10) and, as we sing each year, this joy to the world is at the heart of the Christmas message. However the joy that Jesus came to bring is not meant to be a joy solely derived from stuff with his name on it. Jesus didn’t choose to be born, live on earth, then die so our religious experience could be more enjoyable. He did those things so that we might have life and life to the full (John 10:10). God came to earth so that we might enjoy life and all the gifts He gives us in that life.

I sense something of that wild eyed enjoyment He intended for us when Mike sings ‘Can you pass the cheese around?’ or when Rob used to double up laughing at barely audible overdubs in that year’s cover of ‘Jingle Bells’.

And this is surely one of the gifts that we, as artists, have to offer the body of Christ all year round. We are those who typically know how to enjoy God’s good gifts to us. Whether it is a painter spending days recreating a hillside scene, a writer labouring for hours over the right sequence of words to portray a child’s facial expression, or a photographer squinting to find the beauty hidden in a scene of urban decay, artists are people who value the detail of everyday life and in doing so, present those details as things to be cherished and enjoyed.

We should never apologise for taking joy in the humdrum and the common place, because as we do so, we announce that there is goodness in all that our Father has made, and that makes Him look good. It’s why, 365 days a year, we must resist the tide that would pull our work under the umbrella of a sanitising and sterilising Christian culture. When we give in to the temptation to validate our work by Christian-ising it, we may get pats on the back from our well meaning friends and church leaders, but we are actually ring fencing the work of Jesus, and withholding from the church the gift that we are perhaps uniquely placed to give her. The gift of highlighting easily neglected truths such as ‘the earth is the Lord’s and everything in it’ (Ps 24:1) and ‘how much more will your Father in heaven give good gifts to those who ask him!’ (Mt 7:11). Yes, there was a tree that humans were to avoid, but the prohibition in Eden was in the context of a much wider permission- ‘You are free to eat from any tree in the garden.’ (Gen 2:15)

Show ’em how to smile

Everyone knows that Christians disapprove of a load of stuff, and I think they’ve even got a pretty good idea that most of us feel a deep sense of compassion for people, at least some of the time. There’s obviously a time and a place for bringing that righteousness and social concern to the fore, and I’m not suggesting that Christmas can’t be one of those times. However, we must recognise that there is something strangely incongruous about a Christian who knows how to scold and whimper, but has forgotten how to smile.

What people doubt about Christians is that we know how to enjoy being alive. For me, one of the best things we can do at Christmas is to put them straight on this one.

So, this Christmas, please remember the earth shattering events that made our joy possible, but also feel free to exercise that joy upon the mundane, commonplace and ridiculous. Let’s celebrate in the coming of the hope giver, but let’s also pass the cheese around and revel in the fun of the silliest of seasons.

The School Of Prophets: Reflections On An Arts Manifesto

What Do We Do With The Old Testament Prophets?

Kate Tempest and the Voice That Won’t be Silent

Does Our Work Have A Future?