Where is The Line, Norman Stone?

We’ve had a number of Sputnik friends contribute their wisdom to our ‘Where is the line?’ series.

However recently I found another great contribution to the series from someone I’ve never met: Norman Stone. Norman Stone is a film director and producer and is most renowned for inventing, developing and directing Shadowlands (you know, the one about CS Lewis) for the BBC. In Ally Gordon’s excellent ‘Beyond Air Guitar, he features an interview with Norman, in which he opens up very helpfully about how he’s encouraged artists to approach ‘the line’: 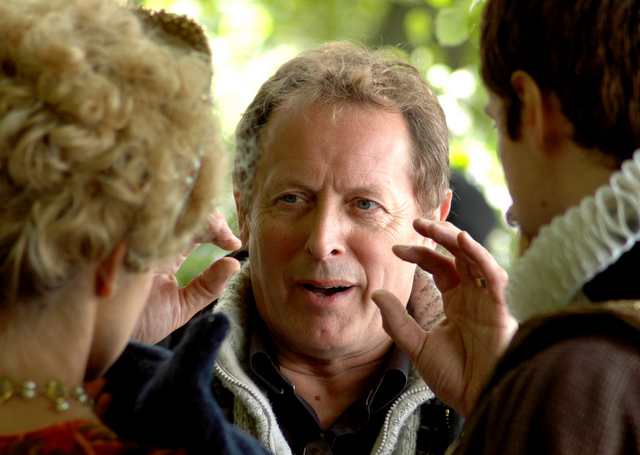 ‘One of our group had been offered a huge part in a West end play (which was great)… but he would have to swear and play a very evil character indeed. He was worried about whether he should do it and what was the right Christian thing to do. At the time, it was really only Rookmaaker who was writing for Christians in the arts and elsewhere the perceived wisdom was that a Christian shouldn’t really take that kind of part if it was offered. However, this young actor also said that the overall message of the play was incredibly redemptive, even though he would have to play what was undoubtedly the worst character he’d ever come across. I remember we all had a great discussion over an open Bible, and prayed about this very real and practical situation. I think he went on to play the part, but we all benefited greatly from having to think it through.

In the end it’s all about choice and responsibility. I can’t tell you what you should or shouldn’t take but I can tell you that, as a Christian, you do have both the freedom and the responsibility to choose one thing over the other. You just have to be a bit careful and prayerful and be honest to the God of truth and love. You don’t need to take the part if it’s damaging to you or to others. You don’t need to take the work. You can make a choice and be responsible in that choice.’(Beyond Air Guitar, p 128).

How do you make challenging art without causing people to stumble?

Scott Derrickson: a three-dimensional view on good and evil

Disney vs Ghibli: Can we have moral absolutes and nuanced characters?

Marrying Theology and Creativity: Some thoughts from Humble Beast